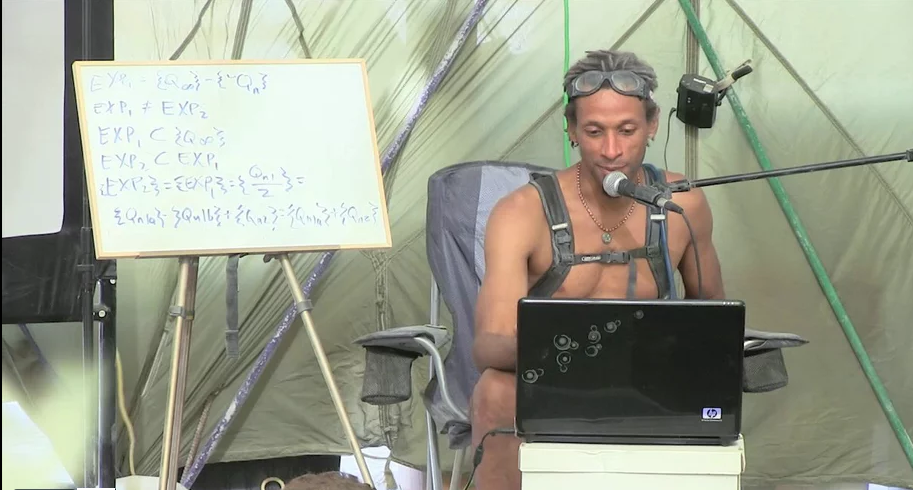 The Default Process of Consciousness

This are questions that humanity has been asking for a very long time and we still don’t have a definitive answer.

In this episode of L.I.F.E. Lessons that I gave at Palenque Norte in 2012, we delve into some of these questions with scientific theory and present some interesting hypotheses.

View the Video Version of this lesson at Palenque Norte on Vimeo or on YouTube.

What is Palenque Norte?

I gave the 3rd talk on the first day of Palenque Norte at Burning Man 2012. This was the first time I was asked to give a talk at this well respected event.

The Palenque Norte journey began with the legendary Entheobotany Conferences held at the Chan Kah hotel near the ancient Mayan ruins just outside of Palenque, Mexico. There, Terence McKenna, Jonathan Ott, Ann & Sasha Shulgin, and a host of other psychedelic luminaries passed along many insights, discoveries, and wild tales and it was here where Terence McKenna gave some of his last talks at the Chan Kah.

Years later, then in 2003, a few alumni from those conferences decided to have a “Palenque Reunion” at the Burning Man Festival, and the theme camp and lecture series that continues this tradition was born. You can sign up for the Palenque Norte mailing list at eepurl.com/rOhGv.

This workshop offers a brief history of the conceptualization of human consciousness and intelligence before outlining the process of conscious perception of experience proposed by my own Qualitative Field Perception Theory (QFPT), which proposes human consciousness as having a default formula for constructing experience that can be explained by the rules of quantum mechanics and in terms of the divine proportions of the golden ratio. The theory argues that each human acts as an observer constructing experience from an infinite field of qualitative material that is either shared or is a set with a fractal dimension. QFPT presents for conscious observers a set-based algorithm that has implications for human agency in manifesting experiences both psychedelic or otherwise, subjective reasoning in Artificial Intelligence (AI), and time space manipulation. As such the workshop concludes with a discussion that focuses on the social and moral significance of introducing such an algorithm into AI and the further implications that may have for human society.

This work is Produced by Palenque Norte in 2012. See palenquenorte.com for more info. It is licensed under a Creative Commons Attribution-NonCommercial-ShareAlike 3.0 Unported license. Check out this site for details about how you can reuse this content: creativecommons.org/licenses/by-nc-sa/3.0/

Who is Brian Hewlett?

Dr. Brian N. Hewlett is the Founder and Chief Executive Officer of Brian Hewlett LLC and its divisions. Here are two videos that feature him doing what he does best, spreading his passion about social systems and consciousness. Learn more about his personal work and global ventures at his Team Member Profile Page.